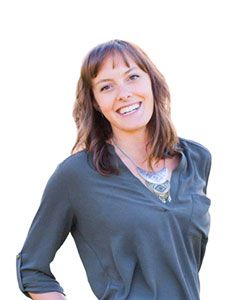 Sinjin was born and raised in Indianapolis, Indiana. She attended Wittenberg University in Springfield, Ohio and was a four-time varsity swimmer. After graduating with a Bachelor’s of Arts in Communication and Sociology, she decided to give the city life a shot and moved to Chicago to work for a large advertising agency as an account executive.

The Mountains Called
After a family vacation to Breckenridge, she realized the city life wasn’t for her; and as John Muir said, “the mountain’s are calling”, she decided to move west to Breckenridge.

Sinjin first began working for Vail Resorts as the Ski School Rental Supervisor with the intent on joining the Peace Corp after the winter season. But Breckenridge had captured her heart and leaving felt impossible. She began working at Coldwell Banker as office support, eventually became the office manager, and then decided to get her license.

Let Me Help You
“I enjoy all that Colorado has to offer. When I’m not working, you will find me hiking, mountain biking, snowboarding, or filming around town. If you are thinking about buying or selling your property in Summit County, give me a call. I would love to work with you and make the process simple and fun!” Call me today.

Sign up for CBMP newsletters to receive the latest real estate news, including market reports, selling tips and tools, and trends.